In the light of day after Fairy Idyll I just was not in the mood to stitch another huge cross stitch piece. So I decided to try my hand at something new. Embroidery is something that if done right it is the most beautiful of all embroidery - Of course in my opinion! LOL

I have had this one Inspiration Magazine laying around my house for years and all because of this one project in it that keeps calling me. So I thought before I start my Mette project with my friend Marie I wanted to try this out!  For those of you who don't know what Mette is I will post a pic of the design when we start so you can see that it is enormous!

The Project I have just started is from issue 51 and is on the cover - The Elizabethan Sweet Bag, I won't be making it into a bag but another part to the Fairy Idyll project! Or if it turns out better than I hope for than it will be turned into a needle book for that friend I mentioned up there!

I will be posting a daily picture of progress on this one and PLEASE leave your feedback (good and bad) as to things I could do to improve my embroidery!

I am using all HDF silks and a little petite treasure braid for accent, and stitching on a tone on tone quilters cotton with a layer of muslin behind it. The blue pen marks are on wash away stabilizer and is one of the hints in the book! 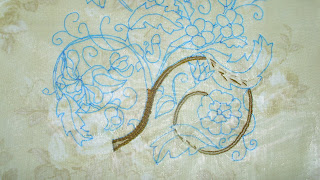 All Done! You guys can look now!

So I finally got the binding sewn down and a few hand sewn touches later...... 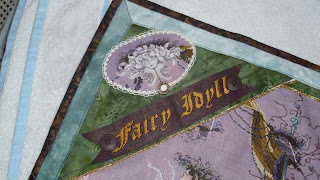 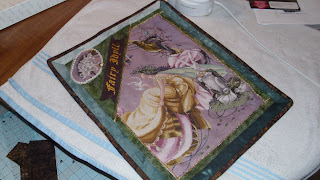 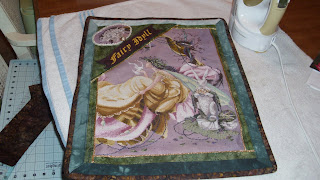 WARNING: IMAGES MAY DISTURB SOME STITCHERS!

LOL SO I got bored..... I was in one of those moods where the project your working on has run its course and now all you want to do it throw it away or hide it! Well, I was watching a show, on quilting, and on this show was this really cool idea.
Now, this really cool idea would entail me having to cut apart a current project and sew it into a quilted book. Never mind that I had been stitching on this project for months and was to the point where a few more hours of beads and backstitch and it would be complete! I had just had it with this project, I didn't really like the way it was shaping up and was curious if this new idea would work.
It's not quite done yet, I still have binding and button holes to make (which will make sense later!LOL) But here is the process of making what I have done so far!
BEWARE THE IMAGES ARE DISTURBING!!! 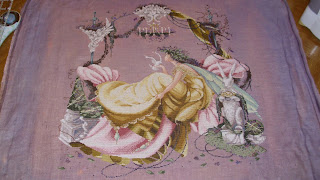 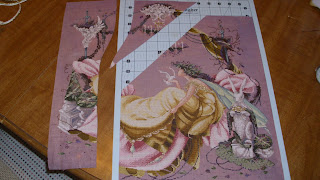 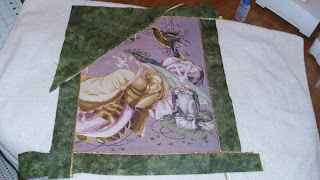 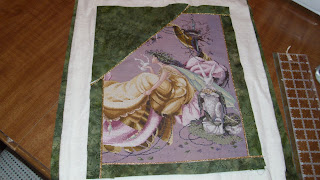 See, It's practically all better now! 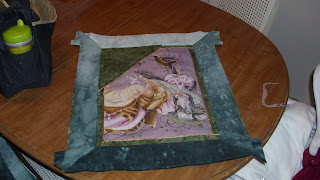 A few more touches and it will be all over!
TO BE CONTINUED TOMORROW!!! MWAHAHAHAHAHA!!!
after the neighbor kids go home;)
Posted by Jennifer at 7:12 PM 7 comments:

I received an email from the editor of Quilters Home magazine today! They are asking that all entries into the Mojo Doll contest be sent in by June 5th! So off I went to the mail today and got her on her way to them, I am keeping my fingers crossed!!!! They are giving away prizes and also putting pictures in the OCT/NOV issue of quilters home of some of the dolls!!! How cool is that!

I can't wait to see if she makes it into the magazine or even wins a prize!!
Posted by Jennifer at 4:00 PM 1 comment: 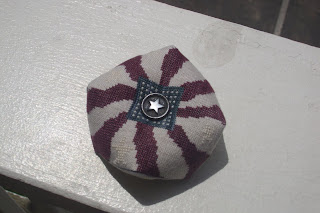 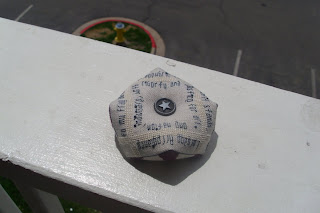 For the first freebie I wanted something small, I choose a Biscornu since most stitchers have been brave enough to already stitch one. If you do download this freebie and read through the pattern instructions and see any problems please let me know so I can fix them!

The story behind this design is not all that interesting but I though you might like to know. I was uploading my Cross stitch program to my "new" computer and decided to play around with it a little and see what happened. Well before long I had the top to this design done and started on the bottom. After completing the stitching part of the design I found the publishing button!!! How exciting - it almost looks professional! I am still learning the ins and outs of the program but have found it really easy and fun to use.

There is a few fun facts listed on the PDF about our Pledge and why the one on the Biscornu doesn't match what we know today!

You can find the link to the PDF on the Freebies tab at the top of my blog. Don't forget to enter the Giveaway for the Finished Biscornu!!! All the details are listed on those pages!

Ok so this afternoon I asked my son to take out the garbage, Well he came running back in talking about a baby bunny he saw and wanted to take a picture of it. So off he went with all of his brothers behind him to go see this baby bunny. One of my sons came back in and said that his older brother was petting this baby bunny, so I had to go see if it was dead! (they are boys!) well it wasn't dead and I don't think it is sick however it must be kinda dumb because he had climbed up one flight of stairs and was sitting there letting my four boys crowd around him, petting him and everything.

Well, I can't just leave this little guy out in the hallway and I don't think he would make it down the stairs. Afraid that he would become cat food I brought him in the house. After the thumbs up from the hubby we are keeping this little guy and named him skittles (yes after the candy) so here are some pics of this tiny little bunny, BTW the second picture is the bunny and my son Daltons pet hamster who is a Dwarf Russian Hamster just so you can tell how truly tiny this guy is! 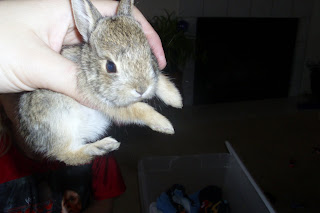 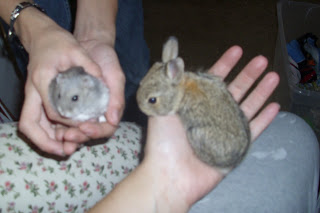 Here are some pics of my new stitching chair! Got to LOVE Craigslist! It was free and even matches all of my rose and green stitching boxes! LOL 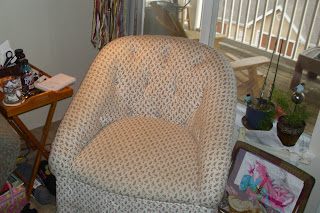 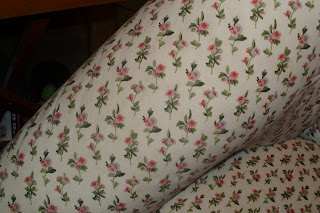 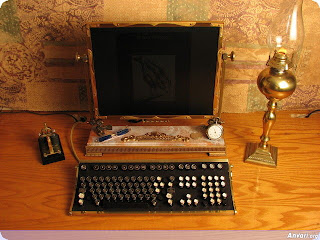 I few days ago my little computer crashed, on this little computer was not only all of my favorite sites but also the freebie pattern I had designed not to mention a crap load of photos! Well I managed to get the computer restored to the factory settings but that doesn't help in the other departments.

I had already started the freebie and part of it stitched so I used that little part as a starting point and I believe  I have restored the pattern and I am almost through stitching the red on the front. YEAH! So there will still be a freebie and give away in the next week or so!
Posted by Jennifer at 4:54 PM 4 comments:

Jennifer
I can be found stitching, or hiking, or at the dog park with Possum. Kids are almost grown and out of the house, and here come the grand kids! We have three: Little John, Christina, and the brand new one...Zane! 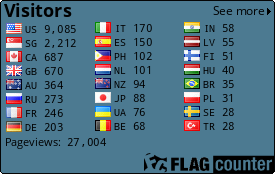